The Twisted Stave #2 (and other nonsense)

I've been meaning to get another issue of the 'zine out for a while now ...and with the year quickly coming to an end, I was a bit worried that it wasn't going to happen in 2021.

However, I've got quite a few things stashed away in my GM notes that I think/hope are worth sharing - so, much like before, I've managed to tidy some of them up, made it so that they are understandable by folks other than myself, and bundled them together into something that passes as issue #2. 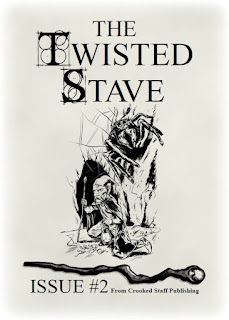 Like most of my stuff nowadays, it's a pay-what-you-want download over on DriveThruRPG - and, by coincidence more than by design, this one has a bit of an undead/tomb theme. 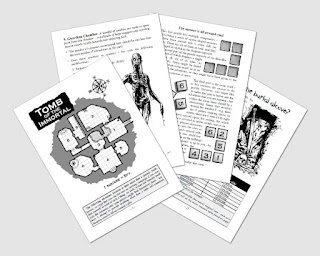 Anyway, with the year coming to a close, I've put together a short recap video over on YouTube (where I also do a quick flip-through of the 'zine)...

...and while I'm at it, I'd also like to say my thanks here too (for everyone's continued support). It really does mean a lot to me :)

But before I head off, I also want to say that I'm thinking of doing a short 'build along' series in January (maybe one video a week - if I can manage it) ...where I'll be encouraging folks (especially those that have been tempted to build some of the 'print & paste terrain' - but haven't given it a go yet) to build a little dungeon with me ...one step at a time.

And it would all be done with just 4 pages - i.e. one printout of each of these: 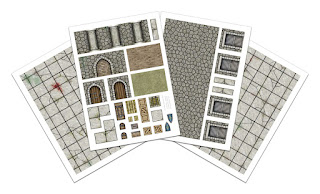 As you can imagine, it wouldn't be anything special/revolutionary - just a little starter dungeon that folks could have a go at - to see if they actually like the technique before committing fully (if that makes sense).

Anyway, I think this'll probably be the last blog post of the year - so here's hoping that Santa brings you lots of new gaming goodies, and here's wishing you a happy holidays!

I'm getting to a point where all of the little bits and pieces that I've been playing around with these past couple of months are finally making their way into their own video.

So, without further ado, here's the treasure piles:

As usual, you can find the pdf file HERE, and it would be great to hear what you think of these! 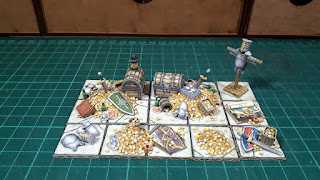