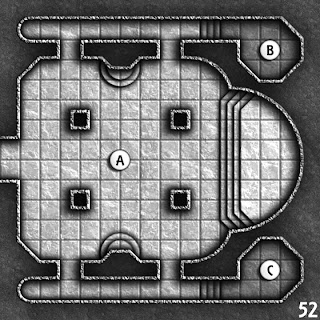 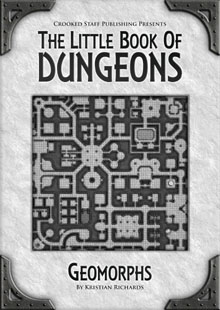 The Age of Shadow Xmas special

As you might have noticed, the blog is one year old today - and what better way to celebrate than with an Xmas sale.

So if you've been thinking of picking up any of the books from the Age of Shadow range, you can grab them all for just $5 over on DriveThruRPG & RPGNow. 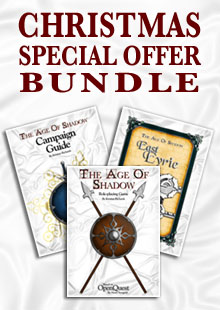 Note that if you already have the campaign guide, and have your DriveThruRPG/RPGNow account set up to receive publisher e-mails, you should soon be receiving a coupon code for just the map-pack (so that you can get it for half it's original price).

Today the blog is one year old, and how fast that year has gone ...and while the regular Crooked Staff Productions website has only seen a few minor updates during that time, there have been numerous free additions via the blog (such as the Map-a-Monday project) - which I hope have been of use to a few folks.

In addition Crooked Staff Publishing has also surfaced this year (and with it several new product lines) ...which leads me nicely to this week's competition - whereby one lucky winner can choose any product from the RPGNow/DriveThruRPG store for free.

And this week's winner is (if you hadn't already guessed) ...Jaerdaph

Here's the penultimate map of the year: 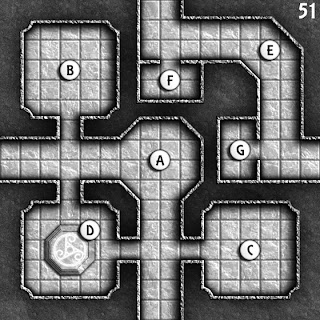 ...and a simple pdf battlemat version can be found HERE

A little while back, I received an e-mail from the guys over at Wargame Vault to see if I wanted to include any products in their annual 'winter offensive sale' ...and seeing as how I have the Colony 19 tiles up for sale over there, I agreed to include them.

However, it seems as though absolutely everything (except bundles) in each of the CSP stores (i.e. Wargame Vault, RPGNow & DriveThruRPG) have all had their price mistakenly slashed by 20%

But rather than correct the error, I'm going to let it stand - so if you want to take advantage of the winter offensive sale (and the accompanying mix-up), you have until the 19th :)


Apologies for the lateness of this post (I've been rather busy this past week) ...but here's this week's competition entries.

And here's the 1d2 roll over on invisible castle: LINK

So just drop me a message bellow to let me know what you would like, and the e-mail address you want the coupon sent to. 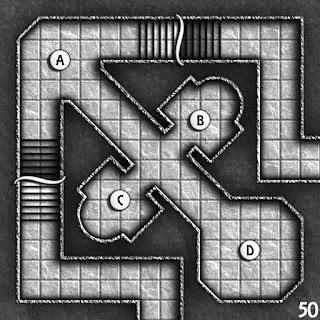 ...and a simple pdf battlemat version can be found HERE
Edit (see comments)
The whole tile is basically one long corridor on three different levels. If you enter from the eastern side you will descend a (20ft long) set of steps to a landing (A). From the landing you can head south down another set of steps, or head SE towards room D.
A simpler diagram: 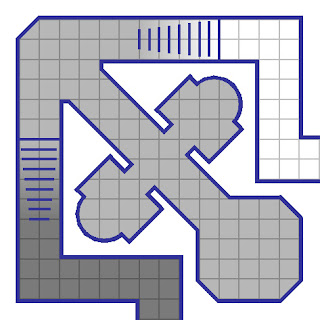 So the wavy lines are there to show the different levels (if it were drawn without them, the South entry/exit would be almost black ...and not join with any of the other tiles very well).

Once again, just three people in this week's draw (as I'm excluding previous winners to spread the free stuff around a little) ...so here's the order:
1. Jaerdaph
2. Axtklinge
3. Irsan
And here's the 1d3 roll over on invisible castle: LINK
...with the winner being number 2 again ... Axtklinge!
So just drop me a message bellow to let me know what you would like, the e-mail address you want the coupon sent to, and I'll take care of the rest.
Note that the original post can be found HERE ...so if you want be included in next week's draw, be sure to add a 'count me in' comment to that particular blog entry. 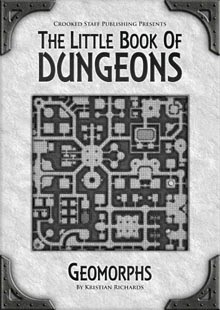 The end is in sight, only three more to go after this one: 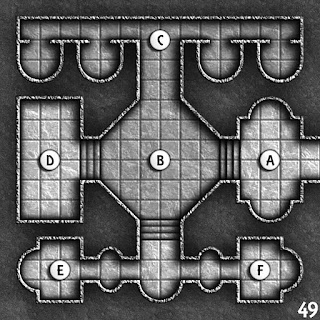 ...and a simple pdf battlemat version can be found HERE

It's here at last ...the East Eyrie Fortress map-pack... 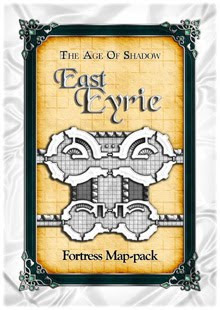 The booklet contains over forty maps that depict the general layout of all the major structures within the great elven fortress.

In addition, a brief history has also been included to provide a little background information relevant to the Age of Shadow campaign setting for those games where it is intended to be used as such.
However, the maps themselves have been presented in a semi-modular fashion so that they can be used to represent a wide variety of different buildings within any fantasy/medieval fortification - thus allowing folks to use them in whatever manner (or campaign setting) they see fit.
RPGNow Link
DriveThruRPG Link

Xmas / anniversary competition round one

So, there are only three people interested in getting free stuff today? Very well ...here's the order.
1. Jaerdaph
2. Katfish
3. Axtklinge
And here's the 1d3 roll over on invisible castle: LINK
...with the winner being number 2 ...Katfish!
So just drop me a message bellow to let me know what you would like, the e-mail address you want the coupon sent to, and I'll take care of the rest.
Note that the original post can be found HERE ...so if you want be included in next week's draw, be sure to add a 'count me in' comment to that particular blog entry.