As some of you might be aware, a little while back I launched a Patreon campaign for the geomorph-style maps that I've been posting here on the blog for several years now ...so that fans of project had a place to go if they wanted to show their support (and maybe spur me on to create even more of them).

Well, I'm really pleased to say that I've recently met my first Patreon 'milestone' ...and as a result I have begun work on an accompanying set of 'mine' geomorphs that will run alongside the current 'dungeon monthly' project.

So, to begin with, I'll be creating 1 or 2 of these extra maps each and every month (assuming the $25 milestone continues to be met) ...so here's the bonus maps for September: 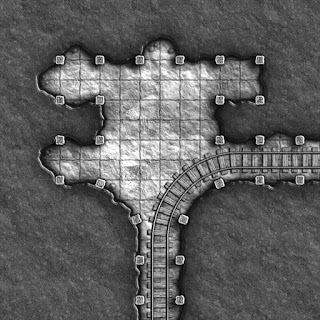 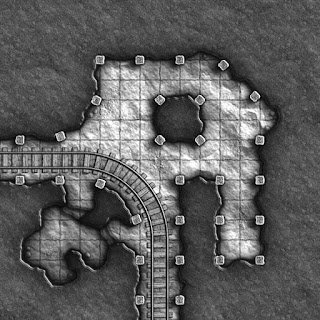 Once again, I'd like to say a big thank you to all the folks supporting the project over on Patreon ...and if you'd like to see me create even more of these maps*, you know what to do :)

*as I'd love to be able to dedicate more time to this project ...but, as you can probably imagine, other (paying) jobs/projects/commissions often take priority (or at least, they do at the moment).

First of all I'd like to announce the release of a new(ish) map-pack... 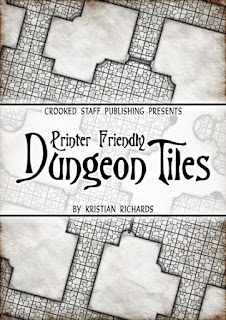 ...and as you can see, these tiles are very similar to those found in the existing Basic Dungeon Tiles range - but in this instance, they have been presented as black & white images with a plain white background.

The set also uses a simple '3 tile system' (i.e. a passage, a small room, and a large room tile) which can be modified to produce T-junctions, crossroads etc. (with the use of small overlay tiles), instead of having a separate tile for each:

In addition, the set is also well suited to generating random dungeon maps on the fly ...and a simple set of instructions has been included to allow you to do just that (though you'll still need a set of random encounter tables for your game of choice to add a little interest).

And just like the aforementioned Basic Dungeon Tiles range, this new set is available as a pay-what-you-want product ...so pick it up for free, or pay as much (or as little) as you like!


- CURRENTLY IN THE WORKS -

If you've been following the g+ and facebook pages you'll probably have seen that progress is still being made (albeit slowly) on the 'Dungeon Encounters' book... 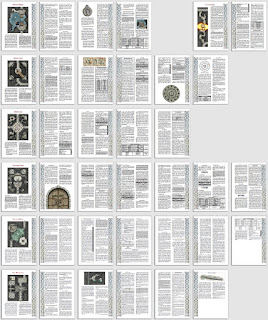 However, the next thing to surface will probably be a new map depicting some of the ruined city of Aramdol (from the Age of Shadow setting) ...and here's a quick look at a small prototype that I've been working on to show you how the map will probably look (just think of it being a lot larger and containing several different buildings): 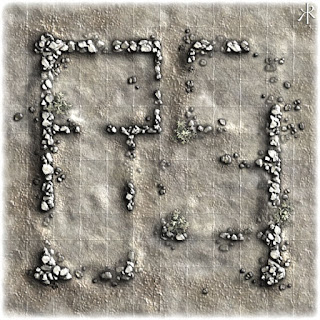 I've also got a couple of other things in the works that I can't really talk about yet, as well as more miniatures/terrain stuff to work on, and various notes and scribbles for future 'zine & blog articles (including more information on beastling clans/warbands, and how to use these creatures as a playable race in an 'evil' campaign)  ...but I think I've rambled on long enough for one post :) 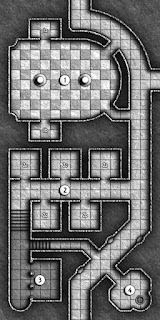 As usual, I'd to say a big thanks to the folks supporting the Dungeon Monthly project over on patreon, and also point out that unlabelled versions of all these maps can be found here...