Here's the last map of March, which means that I'm a quarter of the way done (assuming that I manage a whole year): 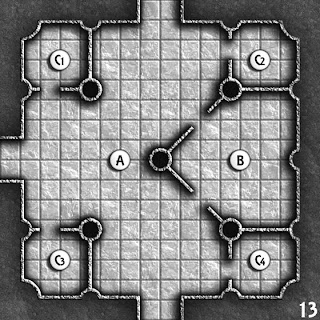 ...as usual, a simple pdf battlemat version can also be found HERE

As you can plainly see by my recent lack of posts, the temporary job that I've been doing hasn't left me much time for RPG stuff lately (being unemployed did have some benefits after all), and most of what I was working on has slowly ground to a halt.

Come April (and the new financial year) I had been toying with the idea of attempting to sell a few RPG supplements/aids (for $1 or $2) on RPG Now or similar - starting things off with the AoS campaign guide and the sci-fi tiles I've been drawing. But now I'm in two minds about the whole idea (and the hassle that it would entail), and I might just make the stuff that I've got finished (or at least in a usable state) available as free downloads like I've always done in the past.

I'll be honest and say that part of me would still like to attempt the 'electronic publisher' route at some point in the future (just to give it a try), and I'm reasonably confident that I could at least break-even if I chose to do so - but I'm not sure that this is the right time (or if these are the right products) to begin such a venture (as I might be totally wrong about the 'breaking-even' part), and I've kinda always preferred the 'these are the things I like to make for my hobby' approach that I've taken previously (as folks can't really complain about the quality of free stuff now can they - though this is the internet, so that's not entirely true :) ).

In truth, I don't really know. I just thought I'd explain why the blog has been reduced to only Map-a-Monday posts of late, and why the AoS Campaign Guide still hasn't surfaced yet. 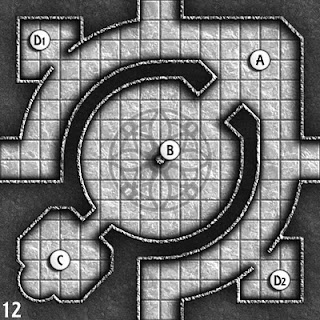 ...and, as usual, a simple pdf battlemat version can also be found HERE

From now on (or at least as long as my new temporary job lasts) the maps will probabaly be posted a little later in the day (i.e. when I get home from work). So without further ado here's the next one: 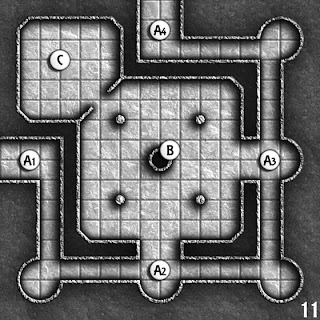 ...and, as usual, a simple pdf battlemat version can also be found HERE

Slightly earlier in the day than usual, here's the first map for March: 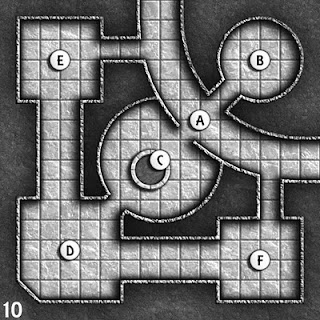 ...and a simple pdf battlemat version can also be found HERE