I'm pleased to (finally) announce the release of Campaign Map 1 : The Northern Kingdom 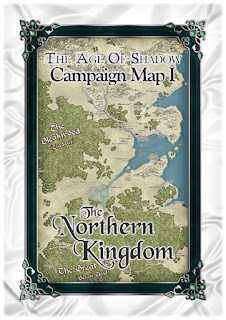 Included in this product is both a labelled and unlabelled version of the map - so that it can be used in conjunction with the Age of Shadow campaign setting, or used as a starting point for creating your own home-brew world. 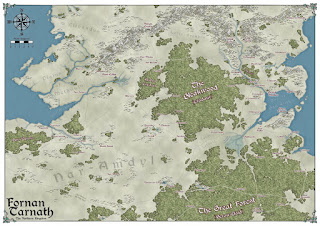 Each map (i.e. the labelled and unlabelled version) is provided in the following formats:


Campaign Map 1 : The Northern Kingdom is available from
DriveThruRPG & RPGNow