A little while back I had a go at making a couple of tentacles miniatures from a cheap toy octopus (which can be seen in these three pictures 1 2 3), and since it didn't turn out too bad, I've been thinking of doing something similar with any other cheap toys that I find.

Well, a couple of weeks back I managed to pick up a pack of small bugs for £1 (from the local Poundland store)... ...and, admittedly, on their own they don't look like anything special: 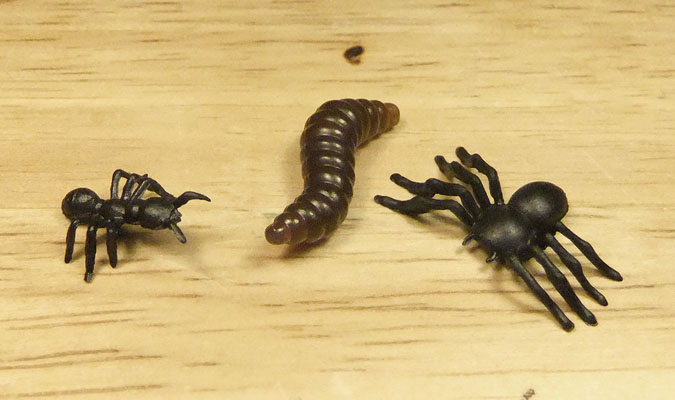 The ant, maggot, and spider


But after super-gluing* them to some small mdf bases, 'flocking' those bases with the same cheap bird sand & grit that I used HERE, and giving them a quick coat of paint ...the finial result isn't so bad: 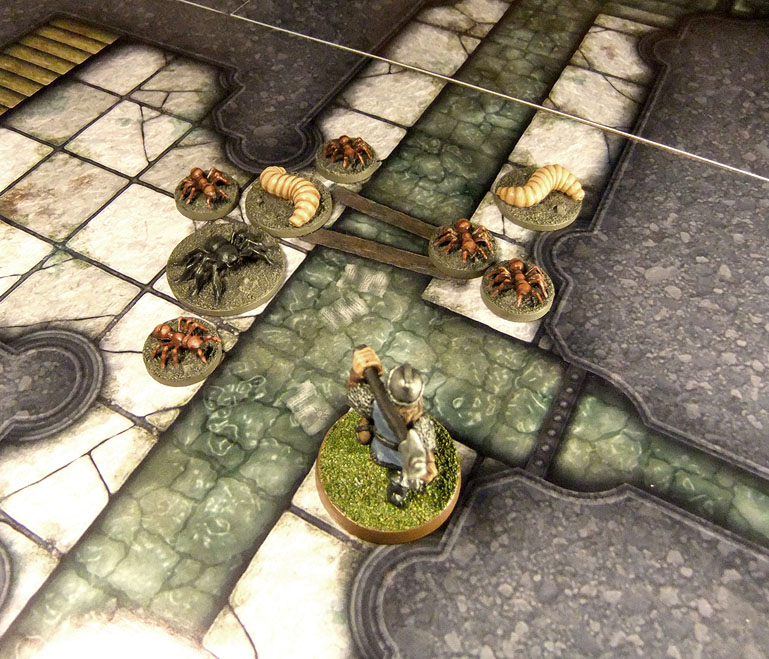 *note that I glued the 'feet' down individually, in order to reposition the legs slightly, and thus, get a slightly better pose ...as can be seen on the finished spider miniature.

And, if you're thinking of creating a bunch of these yourself ...perhaps for use in an Age of Shadow encounter ...then I've also put together a quick monster description and statblock that will allow you to do just that :) 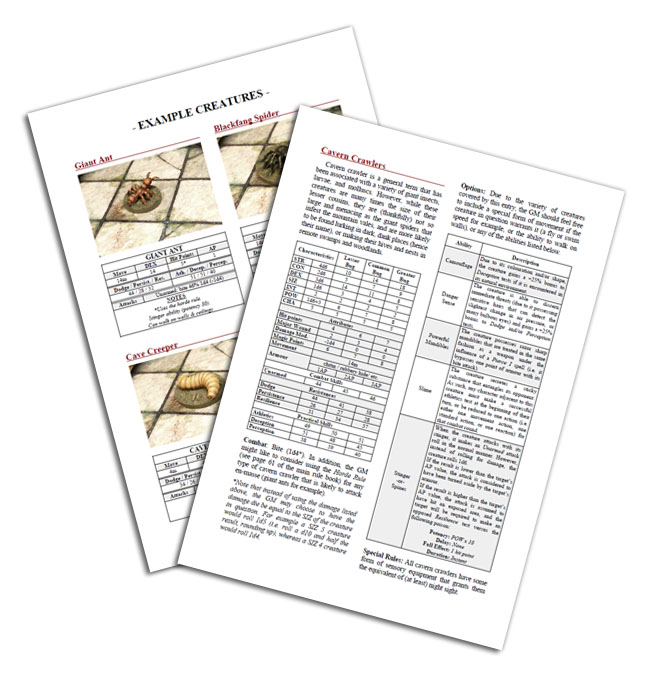 Cavern Crawlers for the Age of Shadow RPG