Having a bit of a clearout (part 1)

I think it's fair to say that over the years I have accumulated a whole lot of gaming 'stuff' that I've never really got around to using - along with quite a collection of miniatures (old and new) that I'll just never have time to paint (well, not unless I live to be over 200 years old).
So I've decided that it's about time I had a bit of a clearout, and maybe pass some of these things on to someone who might actually have a use for them. As such I'm going to start listing a few things on ebay (or at least those I'm willing to part with) ...and maybe make a little cash along the way (which will undoubtedly go towards buying new gaming stuff).
To begin with I'll be listing a few old GamesWorkshop miniatures (mostly space marines from the 80's and 90's, and only a few at a time) as can be seen HERE and in the pictures below: 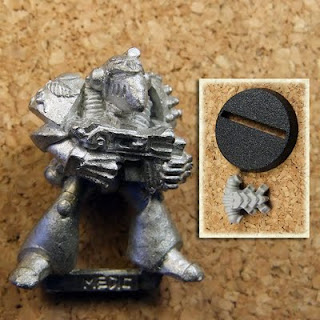 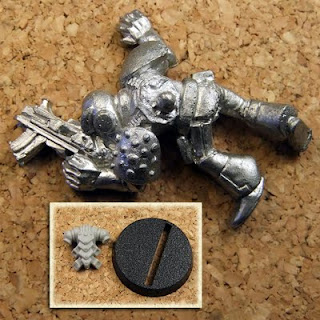 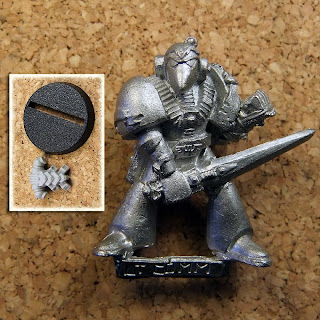 I have to admit that it's kinda hard letting them go, as I vaguely remember ordering them when I was a kid (filling out the order form in the back of a white dwarf magazine, asking my mom to write out a cheque for them, and then dropping it in the post), followed by an anxious couple of weeks waiting for them to arrive :)

But, as I say, the likelihood of me ever painting them is pretty low, so it's time they found a new home (and hopefully a lick of paint).

Email ThisBlogThis!Share to TwitterShare to FacebookShare to Pinterest
Labels: ebay