Yesterday saw the release of the first expansion set for the Zone 10 line... 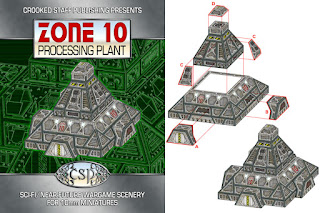 ...and as you can see, in the end I've decided that the best option is to release additional buildings as separate products - so that each one can be released as soon as it is finished (rather than supplying them in sets of 3 or 4 different structures ...which will obviously take more time).

As such, this first expansion (which is available for just $1) features a large, vaguely pyramidal, structure that can be used on its own (to represent anything from an atmosphere purifier to a reactor housing), or used in conjunction with other building from the Zone 10 range to form part of a much larger complex. 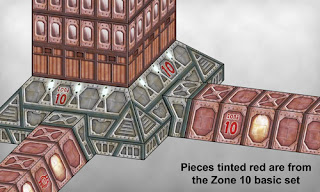 And while I'm on the subject of other buildings in the Zone 10 range ...for the remainder of the month you can also get your hands on the Zone 10 Basic Set for half of its original price (that's just $2.50). 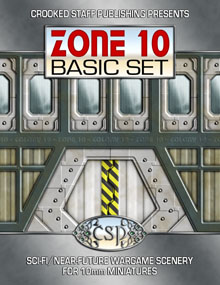