I'm pleased to announce the release of Helroth's Tower... 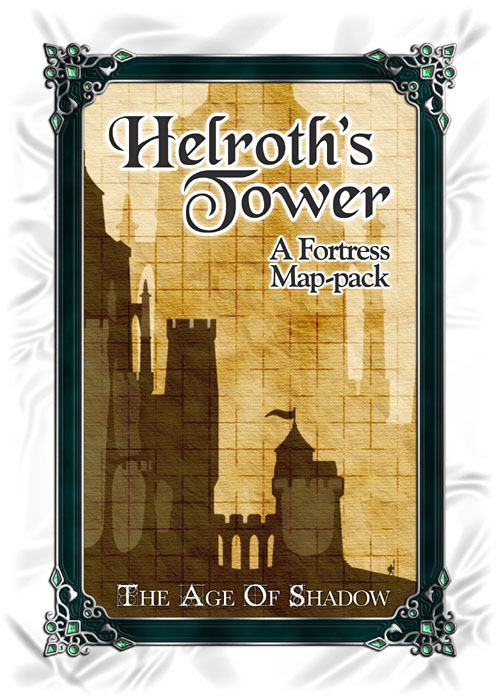 Included in this product are two separate booklets - the first of which provides a colour map of each of the tower's ten levels, as well as a brief account of it's location and occupants, should you choose to use Helroth's Tower in conjunction with the Age of Shadow campaign setting. 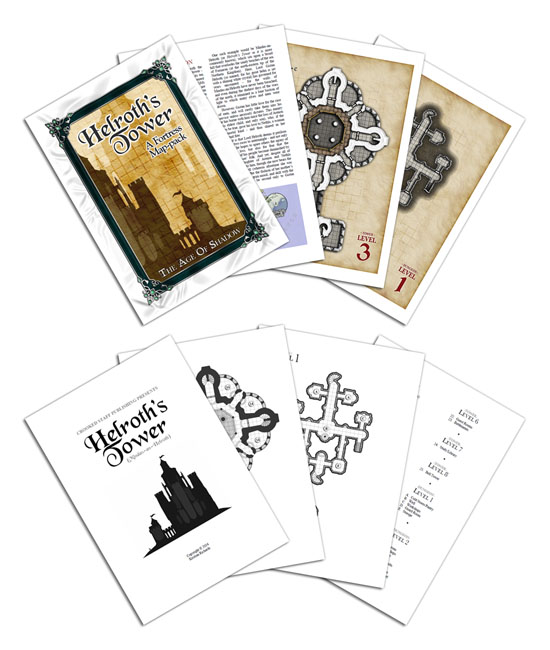 The second booklet provides a black & white version of the same maps (done in a more traditional/printer-friendly style), and also features a separate key that denotes the suggested purpose of each of the rooms/chambers within the tower.

Helroth's Tower is available from RPGNow & DriveThruRPG for just $3.99.