Helroth's Tower to include VTT maps?

I have a quick question for the folks out there that use VTTs (Virtual Tabletops)...

If I were to include separate image files for each of the maps that feature in the 'Helroth's Tower' booklet, how would you prefer them?

For example, would you like them to be supplied exactly how they appear in the booklet (i.e. with a parchment background, compass rose, minimal text, etc. - as seen on the images on the left)... 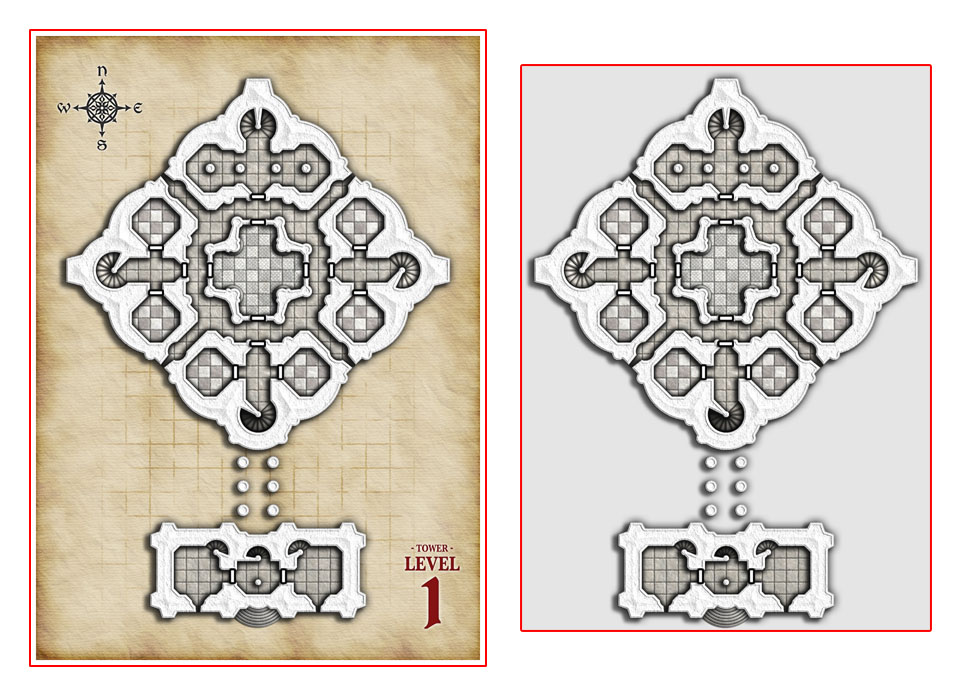 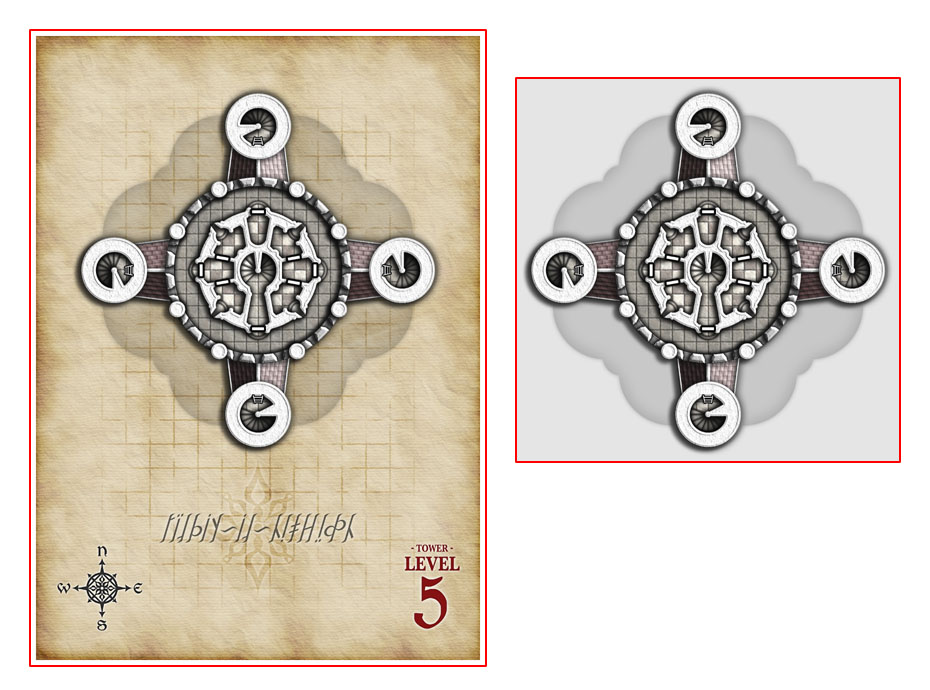 ...or would you prefer them cropped down so that only the structure is included (with either a plain or parchment background - but no text) as seen on the images in the right?

Also, is the file size an issue at all? ...as it's been a few years since I've gamed regularly on a VTT, and back then, keeping the file size down was definitely a priority.