Since I made a few pieces of 'creepy forest' scatter terrain last week, I thought that I would paint up something to haunt that forest for this week's project... 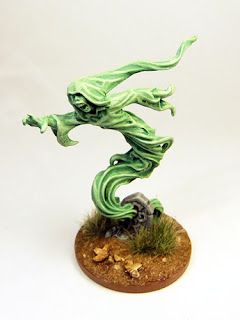 This one is the Reaper Bones Ghost miniature, and it was a nice little mini to paint (I say 'little' but it's a bit larger than most of my other human sized mini's from other ranges - but that's pretty much the same with all Reaper mini's).

I've also noticed that most of the other 'Bones' miniatures that I've painted have become a little sticky/tacky to the touch (and, after looking online, it seems I'm not the only one to have that problem). So for this one I've neither primed nor varnished it - so we'll see if that makes any difference :S

And in addition to the above ghost, I couldn't resist making a few more scatter pieces of terrain... 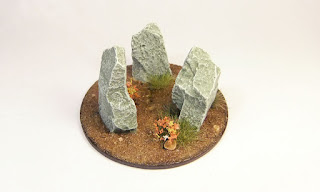 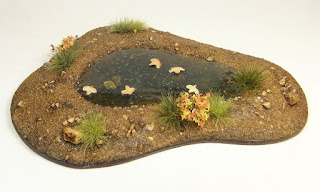 ...and on this last one I've used some cheap resin (£1 from poundland*) with a few spots of Army Painter 'green tone' added to make the little pool.

*it's the same stuff that the guy is using in THIS video (which is where I first heard about it - and so I thought I'd give it a try for myself :) ). 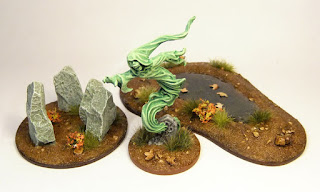