As I mentioned last month, instead of posting a new message each time I add a couple of new tiles to the Patreon page, I would make a single post that showcases everything I've drawn over the last month. 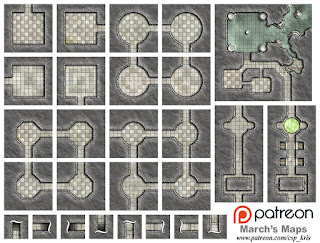 I've also drawn a couple of 'feature areas' (as submitted by some of the folks who've pledged at the dungeon builder level or above) - the first of which is a large flooded/ruined dungeon entrance, and the second being a long, trap-filled hallway (and for this last one I've also included a plain version - so that you have both a 'before' and 'after' image to show to your players). 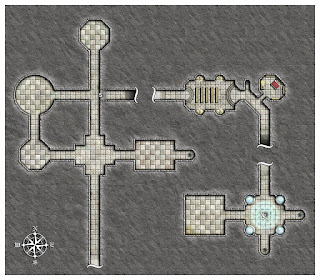 And, as always, you can find all of the maps I've drawn this year on the PATREON PAGE -or- in THIS ALBUM -or- over on GOOGLE DRIVE.

And finally, if you want to join me over on Patreon ...your support would be greatly appreciated!