As some of you will know, for several years now I've been drawing a bunch of modular style maps (suitable for VTTs, etc.), and sharing them for free on the various social media platforms.

However, I'm not sure why, but I've neglected to post them on the blog for some time now - so I thought I would change all that, and start doing monthly updates again (and generally try to be a more active blogger) :)

Anyway, I'm currently at a point where I'm drawing the equivalent of six 12x12 maps each month* (though I will often combine several of these to make larger, more detailed tiles), and here's what I've come up with for October's offerings... 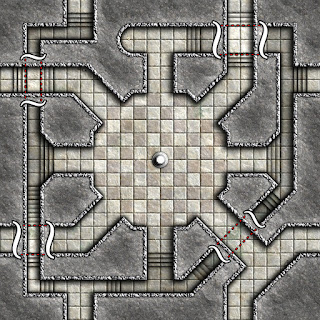 This first one is a bit of a convoluted junction - with no real purpose other than that of confusing the party mapper (perhaps it's part of a larger maze or similar).

And, just to show how modular all of these maps are, here's an example of what it might look like when used with other tiles in the range (note that the full album of tiles can be found HERE). 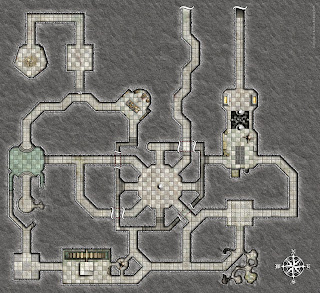 For the remaining two maps I've gone ahead and drawn a couple of blocked passages ...ones that might be possible for the PC's  to clear/dig through (given the right tools and enough time) - or that tiny creatures can pass through (or retreat through) to harass the party. 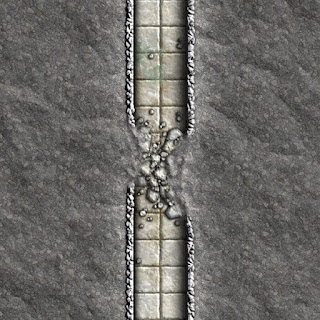 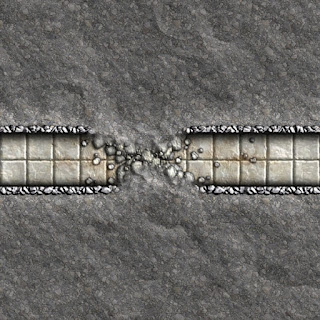 So that's all of this month's offerings (hopefully you'll find a use for them) ...and if you would like to support the project, feel free to stop by the PATREON PAGE and take a look around.

*note that the number of tiles I draw each month is based upon the amount of support I get on the associated Patreon page (which functions as a kind of tips jar for supporters of the project, and as a place for folks to post any requests or suggestions that they might have for future tiles).