A little while back, I mentioned (over on the youtube channel) that I might start to share some of the D&D encounters I've used (or have ideas for) that utilise some of  my 'pay-what-you-want' dungeon terrain. 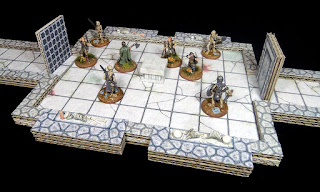 Well, a few folks seemed interested in that idea - but I haven't had time to get around to anything like that as of yet (as just filming the tutorials is more work than you'd think).

However, I was wondering ...instead of doing them as a video series, how about I supply them as $1 (or pay-what-you-want) booklets over on the DMs Guild?

They'll probably not be all that regular, but I'll include pictures of the tiles in action, a list of all the things I've built (or modified) for the scenario, and maybe even create a similar VTT map to tie it in with the Patreon maps as well (for folks who play online). 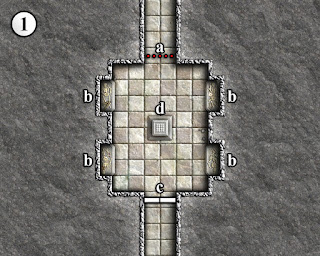