I've been meaning to go to the Expo (or indeed any gaming convention) for quite some time now - so, after much deliberation, I decided that 2019 was going to be the year that I finally made it to one :) 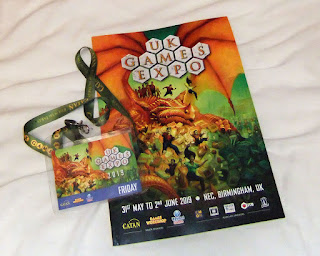 Anyway, around midday (Friday, after an early lunch), I hopped on the first of three busses (probably not the wisest of travel choices), and after 2 hours I finally arrived at the NEC.

Now, with it being my first time, the plan was to simply have a walk around the venue, make a few purchases (more on that later), and generally just take it all in... 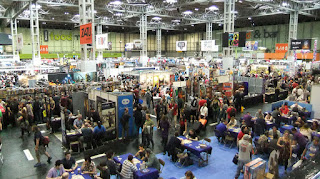 (just one of the main halls)

...and that's pretty much what I did!

Along the way I passed the SquareHex booth (that's the guys who are publishing in-print versions of some of my dungeon textures)... 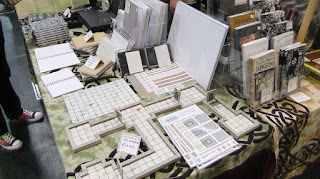 ...and I have to admit that it was a pretty big deal for me to see some of my stuff actually for sale at the UK's biggest gaming con. It was also good to hear that all of the 'starter sets' that they had brought along for the day had already sold out (and that they would have to put together even more sets for the rest of the convention).

So, as I say, that was really good news - and it was nice to actually meet the SquareHex guys at last!

I also bumped into a friend of mine (who was handing out leaflets for his own RPG systems)... 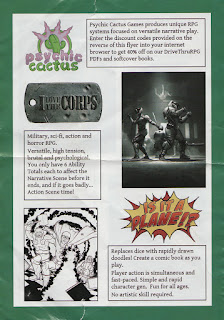 ...so make sure to check them out if they sound like your kind of thing!

Now, because I'm on a pretty tight budget at the moment, I set myself a rough spending limit of around £100, and this is what I picked up... 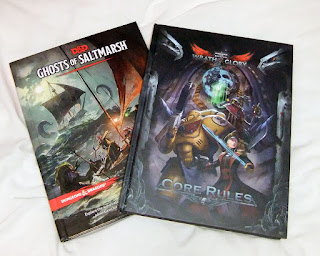 ...and the Saltmarsh book was a steal at £25 (even Amazon can't beat that price). 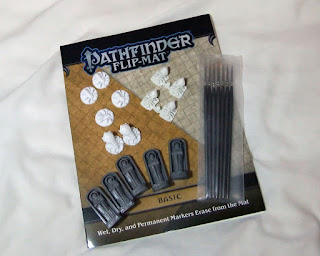 And,I know it might seem a little strange that I'd pick up another battlemat (since I already have large and small wet-erase ones, and because I build so much terrain) ...but this is going to be part of my 'travel GMs kit' - and will fit neatly into a folder :) ). And you might also be able to tell, I stopped by the Epic Dungeon Tiles booth (as that's one of the crafting channels I follow on YouTube), and picked up a couple of his statues as well.

So yeah, I'm really glad that I went - and there was so much more that I could have done and bought if I had more time and more cash :)

However, I can't help but feel that I didn't get the full experience, and that four hours of just wandering the main halls isn't nearly enough. So, next time (as I'm sure there'll be a next time) I think a whole weekend might be in order.

That way, I can maybe try some demo games, or jump into an RPG session or two, and perhaps even record some footage for the YouTube channel. Basically, just be a bit more sociable, and get more involved ;)