Dungeon Terrain for the 'goblins' Adventure.

As some of you may recall, when I hit 10K subscribers over on YouTube, one of the things I released was my little 'goblins' starter adventure... 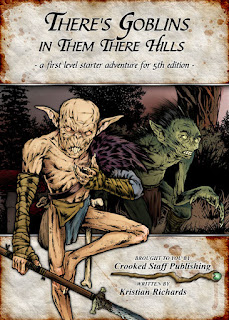 ...and if you check the description of that video, there's still a couple of free copies that can be claimed ;) (note that there is a link that will add it to your cart for free if you are amongst the first 100 people to do so).
Anyway, the original plan was to film a series of videos to show folks how to build the whole dungeon part of the adventure using my print & paste terrain - but in all honesty, I doubt I'm going to get around to that now ...as I'd much rather be filming new content (as there wouldn't really be any new techniques in such a video - it would be more along the lines of 'to make item x see episode whatever').
So with that in mind, I thought that I would instead post a few pictures of the terrain I've made - just to show you the kind of thing that is possible with the existing textures (though this does use some of the bonus textures supplied in the modifications & requests pdf). 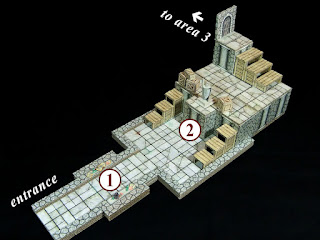 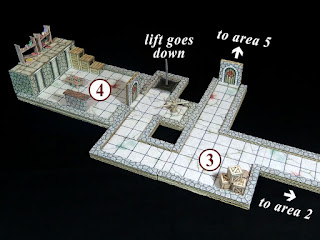 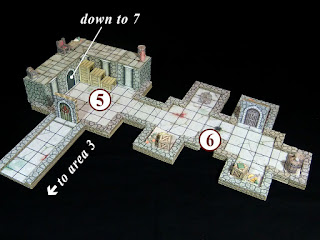 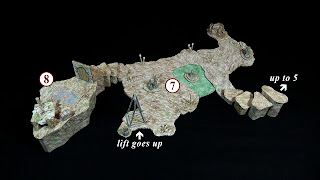 With any luck, most of the things you can see here will be fairly self explanatory if you've been keeping up with the YouTube series - but if not, feel free to ask any questions, and I should be able to point you towards the relevant video(s).
That being said, here's a quick look at the overall map of the dungeon (to help you picture how it looks when it's all put together)... 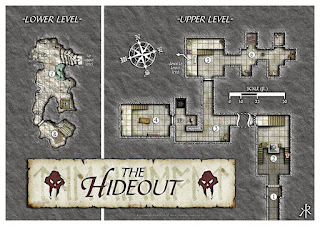 ...and here's a picture of the monster miniatures that I've painted up for (eventual) use in my own game: 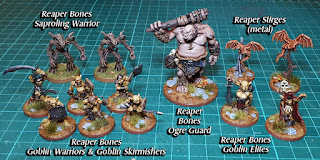 Now admittedly, I've only run/playtested this adventure online (for two different groups) ...but I do hope to run it down at the FLGS at some point (Asgard Games in Walsall if anyone is interested) ...and with the usual IRL group when we get back to some kind of normality :)