The Great Bridge of Elith-Intha...

Elith-Intha ('silver- bridge') is a great and mighty limestone viaduct that spans the Lunuin River upon the northern borders of Fornan Tarnath. There it has stood since the coming of the elves, and has provided swift, safe travel between The Eyries throughout the ages.

I'm please to announce the release of a new map-pack... 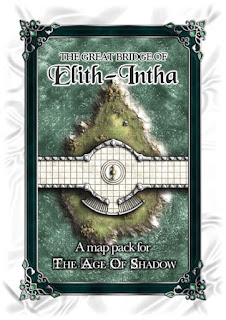 ...which depicts a bridge that has been constructed in a style that is favoured by the elves in the Age of Shadow campaign setting (for those that wish to use it as such) - though it is equally suitable for use in most fantasy settings. 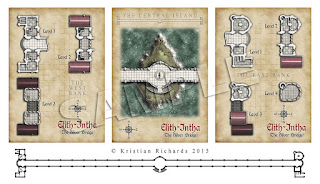 Also included in this product are unlabelled image (jpg) files for each part of the bridge (supplied at a scale of 50 pixels per grid square) - so that this map-pack can also be used in conjunction with your virtual tabletop of choice. 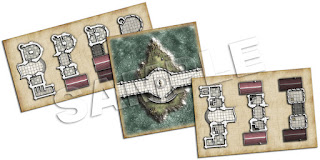 The Elith-Intha map-pack is available from RPGNow & DriveThruRPG for just $1.99.