I know that the blog has been featuring a lot of the 'print & paste' stuff recently, but I wanted to point out that the smaller (VTT style) maps are still going strong :) ...and that the library of 'cave maps' is steadily growing.

So, here's a quick look at a layout I've just put together that features some of the newer tiles... 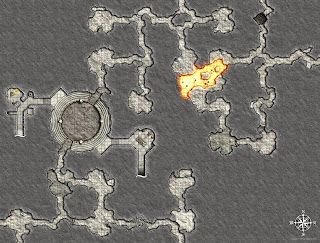 ...and I have to admit that they do have a bit of a 'tiled look' at the moment ...but this should become less of an issue when I get more 'feature caverns' and multi-tile caves drawn (the latter being similar to THIS).

Furthermore, I've also been trying some of these maps out with this new (at least I think it's new) 'Astral' virtual table top (that DriveThruRPG has teamed up with)...

...and, as long as you change the map to a grid size of 50, all of my tiles snap to the grid without any fuss - plus it seems to have dynamic lighting in the free version (which is nice): 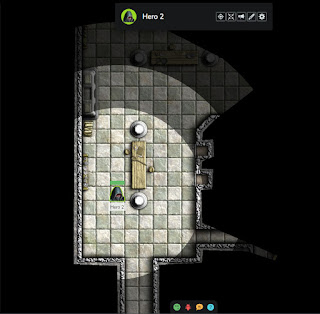 Anyway, as you might already know, I have a Patreon campaign tied to these particular maps (though none of the final maps are hidden behind a paywall or anything like that), which you can find HERE.

Or, if you're not a fan a Patreon (for whatever reason), I'm also compiling them all in THIS lengthy album ...or you can find them (in a slightly more organised fashion) over on GOOGLE DRIVE.

Anyway, here's hoping you can put them to use!