The idea of pamphlet-style adventures and 'zines isn't anything new (so I really can't take the credit for that) ...but I really do like the concept, and so I've gone ahead and jumped on the band wagon ;) 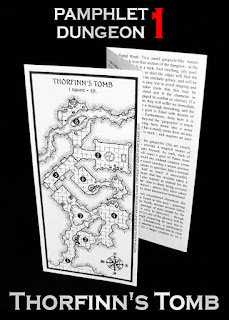 Anyway, I've had this written for a while now (I've also run it twice with 5E) - and so I've gone ahead and uploaded it to DriveThruRPG as a $1 download (though if you are a patron, you can download it for free).

So, I should probably tell you a little bit about it...

The adventure itself is a system neutral, self-contained, one-shot - which should provide you with enough material for a single session of good old fashioned dungeon adventure!

As I say, Thorfinn's Tomb is available for just $1 from DriveThruRPG, and if you do pick it up I'd love to hear what you think (as this would help me to decide whether or not I should attempt more of this kind of thing in the future). 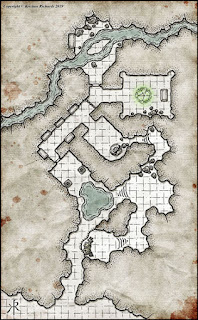