Following on from my HEDGE and TREE tutorials, here's a quick look at how I've made several small bushes* for use with various wargames & RPGs. 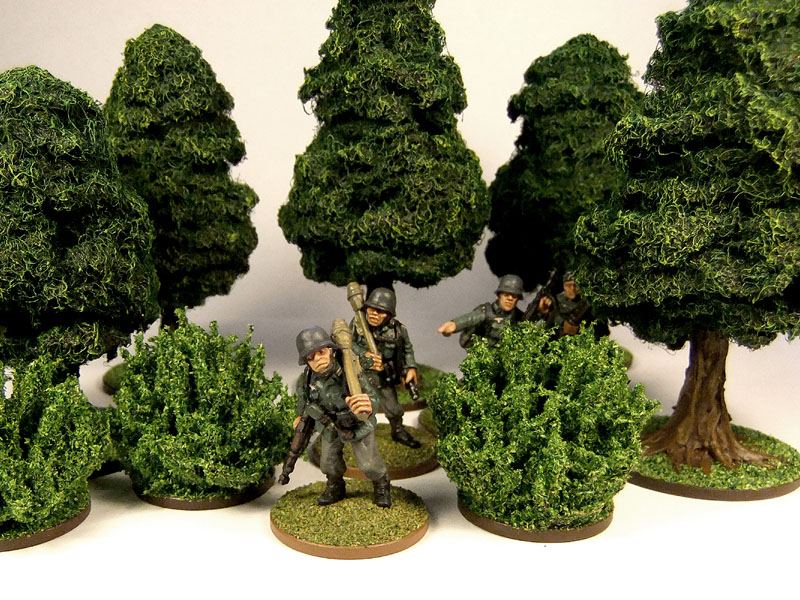 *Note that I've seen something similar done with a ball of wool in the past - but I can't seem to find the website where I saw it - so I'm unable to give them proper credit for my inspiration at this time (however if I do rediscover it, I'll post the link here). 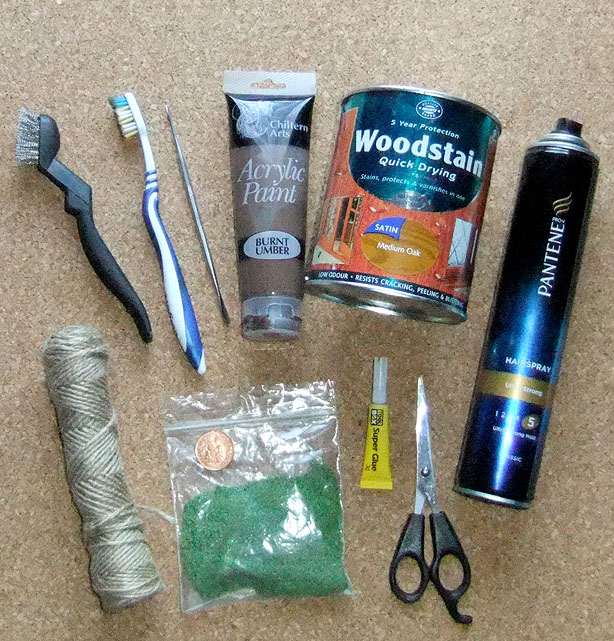 Bottom Row (from left to right):

The first thing you'll need to do is wrap the twine around two of your fingers, or a ruler, etc. (making roughly ten passes), to produce a small circular coil of twine. Then, simply squash this coil together and tie another piece of twine about the centre to produce something similar to what's pictured below: 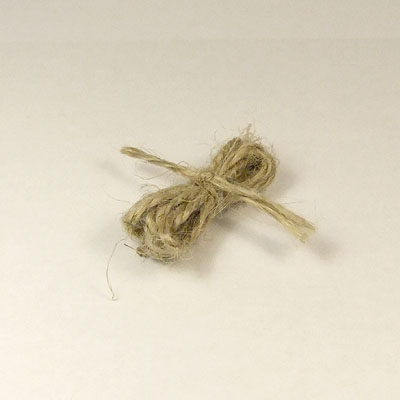 Take a pair of scissors and cut through all of the 'loops' either side of the knotted twine, and spread the pieces apart and into a (roughly) circular shape. 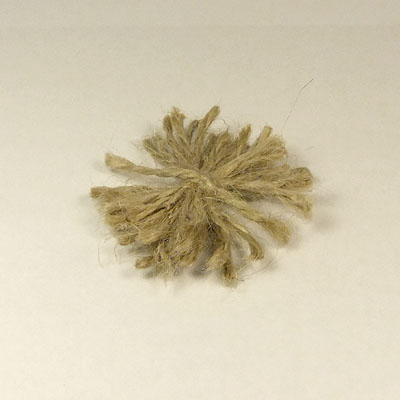 Take a wire brush and start 'roughing-up' the twine - so that it looks a little more fluffy/fuzzy (essentially making something that looks like half a 'pom-pom'). Then, once you're reasonably happy with the shape, glue the twine to whatever base you are using ...and give it another once over with the wire brush so that you are left with something that looks similar to this: 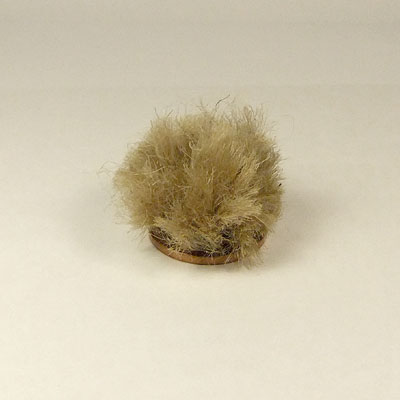 Note that now is a good time to trim the bush (with a pair a scissors) to obtain a more desirable shape if you're not entirely happy with the way it looks.

Once you're happy with the shape of the bush, apply copious amounts of woodstain to the entire piece (i.e. so that is soaks into as much of the twine as possible).

At this point your 'bush' will probably have transformed into a messy pile of brown goo - so to make the twine stand upright again, I first use an old toothbrush to coax everything back up into an upright position. I then take a small sculpting tool (though a toothpick or something similar would suffice) and drag it up from the bottom of each piece of twine to separate and/or reposition most of the strands*

All of this is done while everything is still wet - and should leave you with something that resembles a large grassy tuft (as seen in the image below). 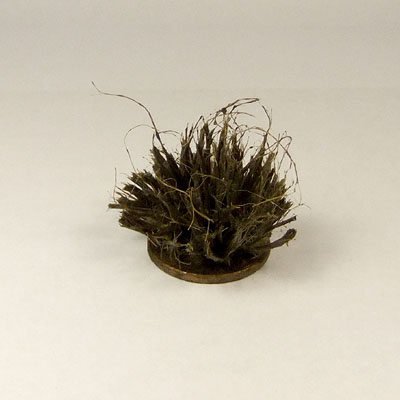 *Note that although this sounds like a long winded process, in reality it doesn't take more than a couple of minutes to complete.  Also, be aware that when you pull the sculpting tool (or whatever it is that you are using) through the twine, you'll probably get lots of little undesirable 'wisps' (like those pictured above) - but don't worry too much about that for now.

Once the woodstain is dry (note that I usually leave it overnight) you can cut off all the undesirable wisps, and give the base (in this instance a 2p coin) a coat of brown paint. 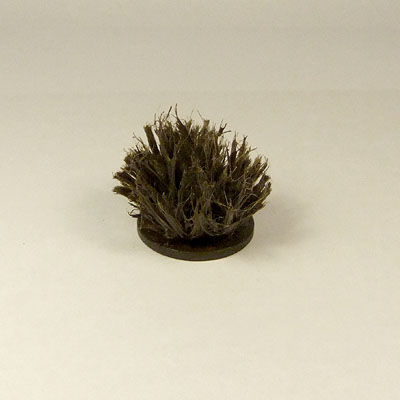 This should leave you with a pretty rigid structure - to which we can apply some foliage.

To apply the foliage, simply spray the piece with copious amounts of hairspray* (making sure to cover the entire piece), and sprinkle your flock all over it. Then, once you've shaken off the excess foliage, give the piece another quick blast of hairspray to help seal the piece. 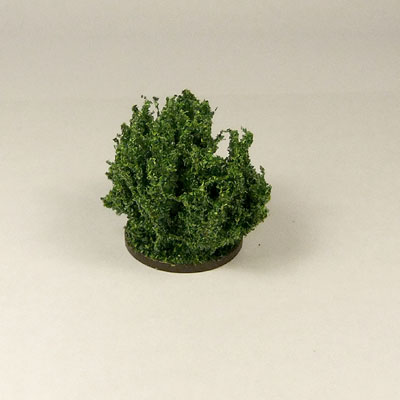 *note that it's probably best to buy a tin of you're own if you plan on making a lot of these - rather than 'borrowing' one from the bathroom cupboard ;)

And that's pretty much it!

However, it's probably worth noting that hairspray isn't a great adhesive (as I was able to rub the flock off the edges of the base with just a wet finger) - so it's likely that these pieces won't stand up to repeated abuse. That being said, if you happen to have a can of clear (spray) varnish in your possession (i.e. the kind of thing you'd spray on your finished miniatures) - then giving these bushes a quick blast of that will certainly help toughen them up!