As I'm fond of mentioning, over on my Patreon page I have one very generous patron that has pledged at the 'dungeon designer' level - but rather than sending me a sketch or idea to work from, they have simply asked that I 'freestyle' another map (each month) however I see fit.

So, for a bit of a change, for this next map I thought I would do something in the same style as my most recent 'little book of dungeons' booklet... 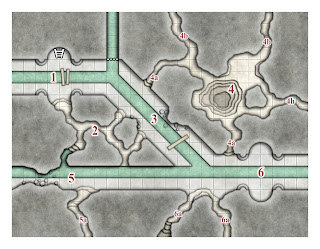 I also thought that I'd take this opportunity to show how I sometimes utilise small maps like this in conjunction with 10mm miniatures (or coloured beads) when I'm GM'ing away from home - i.e. when I don't want to be carrying too much around (as there's only so much stuff you can cram into one small backpack), but still want to use something for tactical movement or similar. 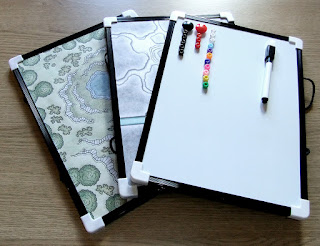 For the 'battlemats' I'm using a bunch of THESE magnetic whiteboards (and can easily fit several into my bag, along with my books etc.). They are roughly A4 in size ...and if you trim a sheet of paper (onto which you've printed out a map or similar) so that it is just a little larger than the black frame, you can slide the paper under the frame to keep it in place. 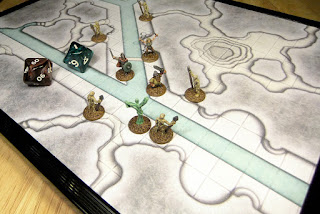 For miniatures/tokens I use either coloured plastic beads (with a tiny magnet glued to the bottom of each) or use 10mm miniatures (from places like Pendraken, Kallistra, or Magister Militum) that I've mounted on small washers, glued magnets underneath, and filled in with a bit of greenstuff... 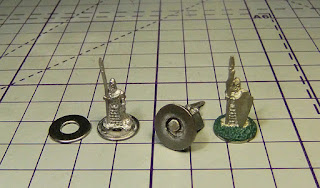 ...all of which I keep/transport in a small case from KR Multicase (which is also about the same size as a sheet of paper, and about 2" deep). 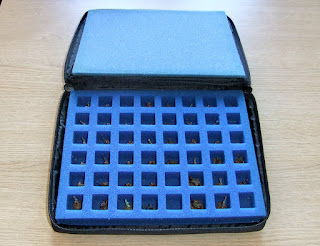 However, with the maps/mini's being so small, these 'battle-boards' do sometimes need to be passed around (or slid across) the table on occasion - but since everything is magnetised, it's not usually a problem :)


(note that both a labelled and unlabelled version of the above 'sewer' map can be dowloaded from the Patreon page ...and that you can do so even if you're not a patron)