Although I've fallen behind with my posts, I'm still attempting to paint one miniature every week (or at least do something 'miniatures' related) ...so it's time for a bit of catching up.

During week 39 I had some new paints on order (as my old ones were running out and/or clumping up) - so while I was waiting for them to be delivered, I spent some time making a whole bunch of grass tufts for future use. 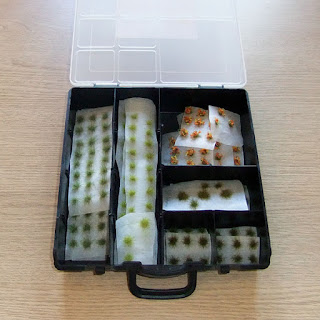 These were made with the static grass applicator that I mentioned in a PREVIOUS POST ...and should last me quite some time. I'd also say that just by making this one batch, the 'applicator' has probably already paid for itself :)

Once my paints had arrived I was back to work on some more PC/NPC type miniatures... 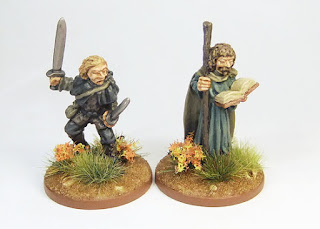 ...and these two are more 'adventuring folk' from Midlam Miniatures (THIS guy and THIS guy). And, as I've said before, they're nice miniatures considering they only cost £2 each!