A few folks online are doing this #hobbystreak challenge thing (I first saw it on the Crafts & Mini's YouTube channel) - where the aim is to do something miniatures related every single day ...and see how long you can keep it up.

It doesn't need to be anything special - for example it can be something as simple as priming or basing a mini ...just as long as it's something each and every day.

So, since I seem to have an ever increasing pile of unpainted mini's I thought I'd give it a go :)

And (as you'll see in the pictures that follow) I've just about managed to keep it going everyday this year (though sometimes my 'days work' really was just sticking some tufts to a base, or similar). 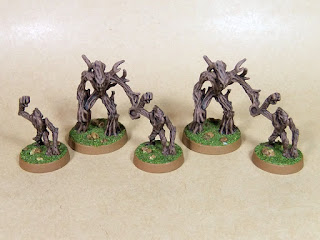 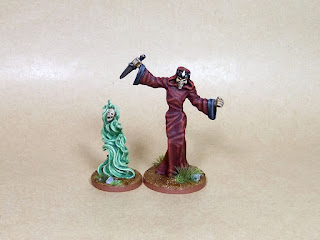 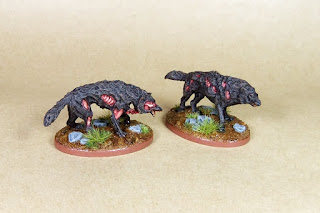 Reaper Bones 'dread wolves' (it's not the best pic of these - they actually look a tiny bit better IRL). 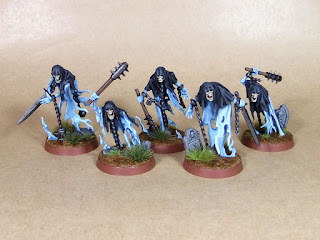 These are five of the undead models from #1 of that cheap 'Mortal Realms' magazine that was on sale the other week here in the UK (£2.99 for 13 GW models ...so it was a hard deal to turn down).

Anyway, that's 14 models painted in 4 weeks ...which is pretty good going for me. And the plan is to also stat out any monsters that I don't have rules for HERE.