A little while ago I posted a quick tutorial on how to make cheap wargaming/RPG hedges (which you can find HERE) from basic household items - and since then, I've been wondering if I could do something similar to make a bunch of small trees.

Anyway, over the past week or so, I've been experimenting with a few different techniques (some successful, others not so much), and as you can see by the picture below, the style I've settled on doesn't look too bad ...and so I thought I would post another quick tutorial to show how I made them.* 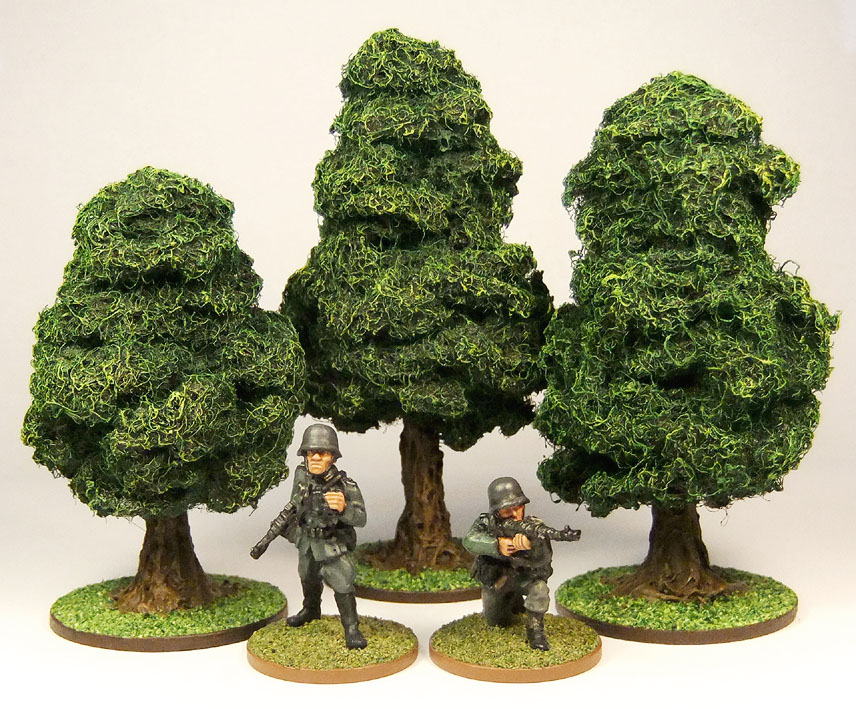 *note that by sheer coincidence a similar tutorial has just been posted over on the Beasts of War website ...so it looks as though my idea is not so original after all :) - though I suppose (like the hedges I made previously) people could have been doing similar things for years, and I've simply not been aware of it :) 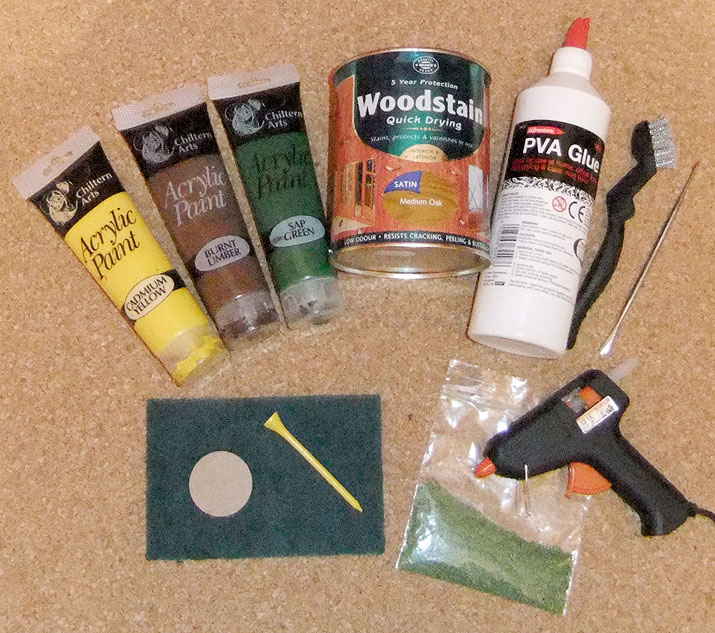 Bottom Row (from left to right):
A dish scourer (roughly 6" x 4" in size)
A miniatures base (I'm using a 40mm round mdf circle)
A golf tee (I'm using the biggest one I could find - approx 3¼ long)
Basing material (green flock/static grass)
A small glue gun

The first thing you'll need to do is glue the golf tee to the base, and draw a line (roughly one inch from the base) around the circumference of the tee. 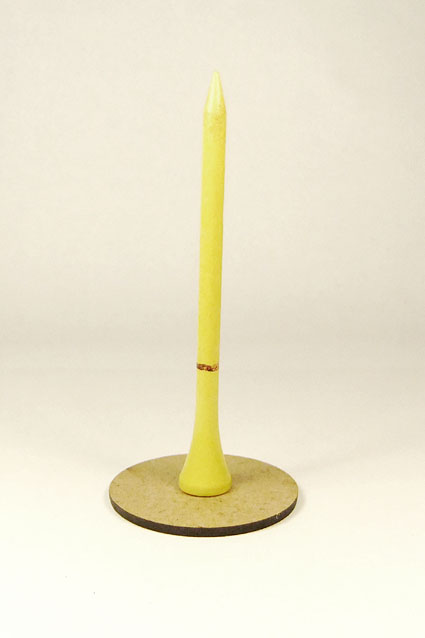 It's also worth noting that you can vary the height of the trees by cutting the golf tee down slightly (thus making it shorter) - but if you do, be sure to keep the part you cut off, as this can be glued to the top of a different golf tee to make it taller (which is exactly what I have done to achieve the three different size trees you can see at the top of this post).

Run the hot glue gun up & down the tee (up to the line you drew previously), and out along the top of the base to get a basic 'trunk' and 'root' texture. 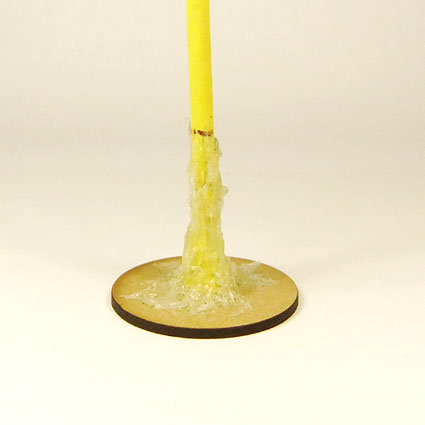 Note that this doesn't need to be neat and tidy - in fact, the messier it is, the better it tends to look!

Rip the scourer up into various circular/oval shapes and poke a hole in the centre of each piece (I'm using the sculpting tool for this - but anything sharp and pointy will do the trick). Then rough up these pieces with the wire brush (to make them a little more 'fluffy' looking), and start stacking them on the golf tee* 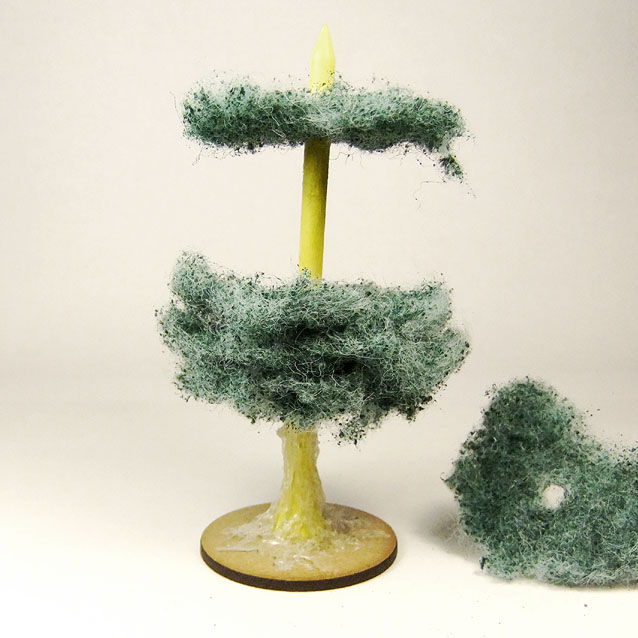 *note that it's best to dry fit the pieces first (stacking them in a roughly largest to smallest order) so that you can try various configurations and/or orientations before settling on a shape that you like.

Once you're happy with the shape of the foliage, glue each piece into place with a blob of white glue* 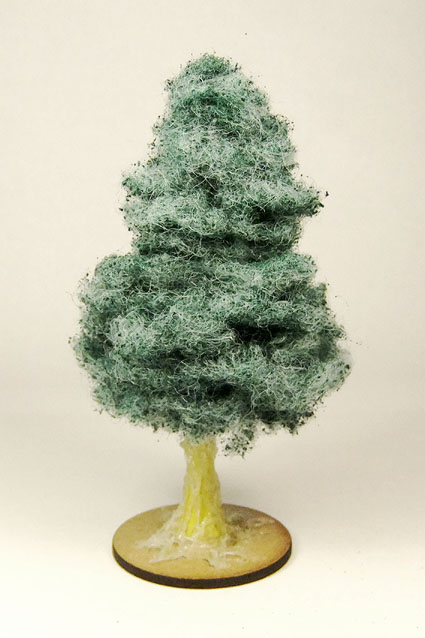 *at this stage I remove all the foliage and lay them out on the table in the order/orientation I'm going to stack them, and then glue them in place one at a time.

Once the glue is dry, paint the base and the trunk with the brown acrylic paint, and give all of the foliage a heavy coat of the woodstain (so that it soaks into as much of the scourer as possible). Then leave it to dry overnight. 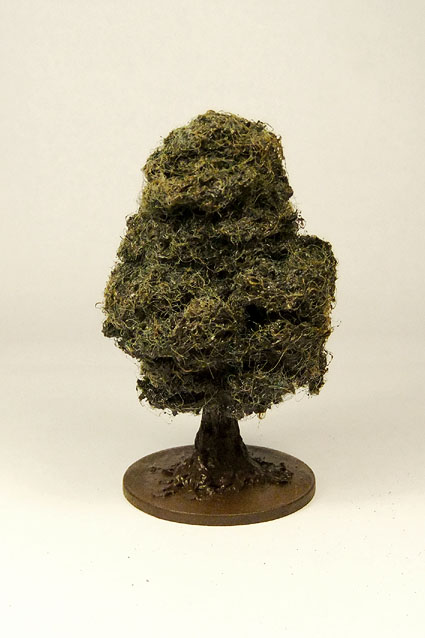 Note that the purpose of the woodstain is to seal the piece (making the whole thing a lot more solid) and to take away some of the bluish tone of the scourer itself (though you can, of course, leave it as it is if you prefer).

Once the woodstain is dry (and the scourer has hardened nicely) give the foliage a heavy drybrush of green paint, followed by a regular drybrush of 1 part green & 2 parts yellow, and then a final (very light) drybrush of yellow. 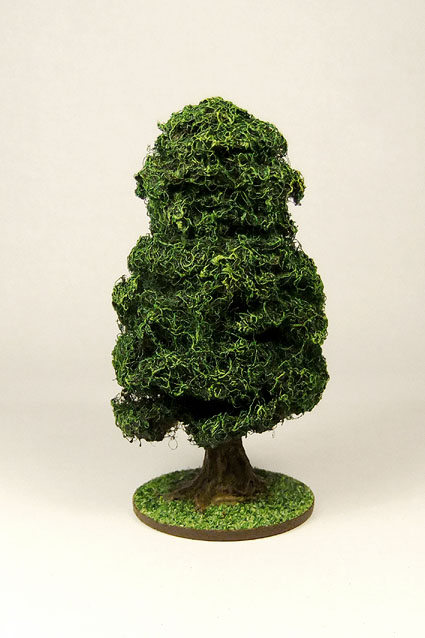 Once that's dry, apply your flock to the base - and that's it!

As you can (hopefully) see, the trees are very easy to make - and if you've already made some of the hedges from my previous tutorial, there's a good chance you've already got most of what's needed to produce them (but if not, then the most expensive thing you'll need to buy is a small glue gun - but even these can be had for as little as £5 on ebay.). 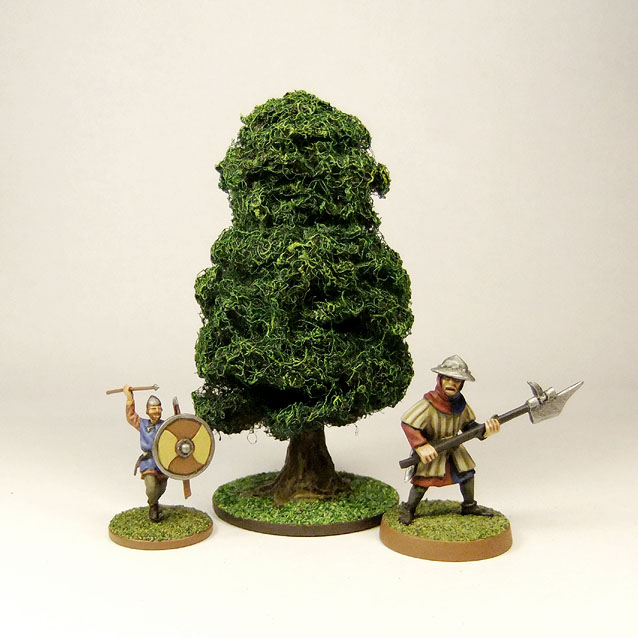 So, there you have it, another quick tutorial to help spice up the game table without breaking the bank :)