A Year (of miniature painting) in Review

As regular followers of the blog will be aware, last year I set myself the task of painting at least one miniature every week that I could use in my Age of Shadow games. 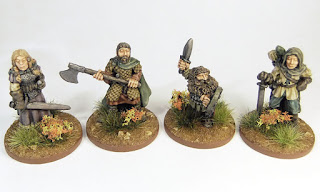 - The current group of adventurers -

Well, I'm pleased to say that I managed to exceed that goal - as I not only painted more than 60 miniatures, but I also ended up making quite a few bits of scatter terrain (though I've not included all of those in the picture). 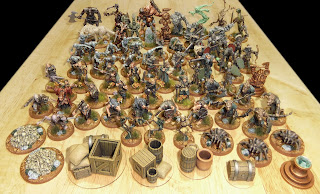 However, I'm not sure if I've actually put much of a dent in my 'box(es) of shame' (i.e my stockpile of unpainted miniatures) - as I've probably purchased just as many new miniatures over the course of the year, as I managed to get painted :S