As most of you will probably know by now, the aim of this year's Patreon campaign is to build up a library of colour geomophs and rooms (that are free for everyone to use) ...and the more support I can muster, the more time I can spend on the project (and yes, each $1 really does help).

Furthermore, there are several different pledge rewards on offer - that allow folks to suggest themes and layouts of new tiles (should they need a particular configuration or 'special' room for an upcoming adventure), that I'll then attempt to draw.

So without further ado here's a geomoph based on the suggestion of Craig Clark (who asked for a map with a mechanical/clockwork theme): 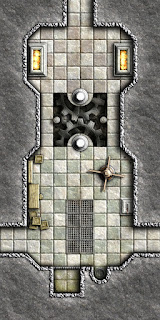 And because I've recently hit my next milestone, I'll now be producing 4 batches of 'basic geomophs' each month ...so here's the final batch for January: 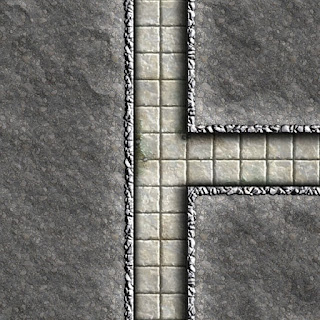 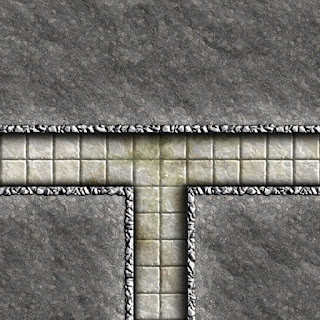 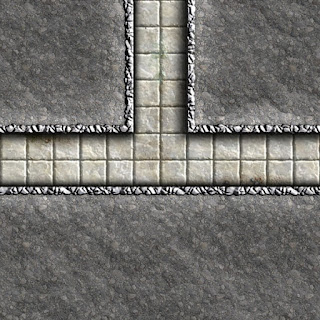 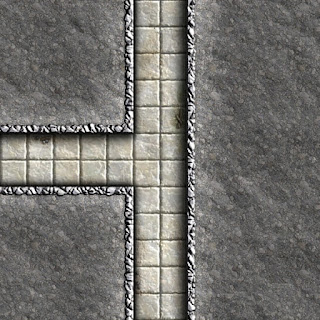 And finally, Rich Neves asked if there would be any possibility of creating a few sci-fi maps in the future - and while I have  no immediate plans to do so (as that would be another project in and of itself), it did give me the idea of drawing a 'transporter room' of sorts (albeit a fantasy one in this case): 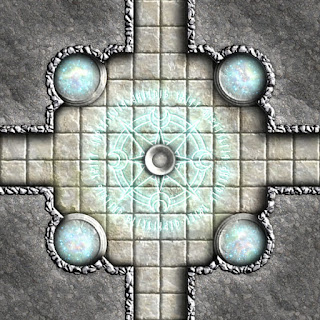 So, that's it for January. All that's left to say is a big thank you to everyone supporting the project ...and here's hoping that it won't be too long before we hit the next milestone (which will mean that I'll start work on making placeable objects to furnish the dungeon).

Note that all of these maps are Copyright Kristian Richards 2017, and that they are being collected in THIS ALBUM and over on GOOGLE DRIVE.