My current plan (for the Patreon campaign) is to dedicate the second half of each month to creating maps based on the suggestions supplied by those kind folks who've pledged at the 'dungeon builder' level or higher.

So, for the first of these, I have drawn the following map based on the 'ruined/flooded dungeon' idea submitted by Doug Z: 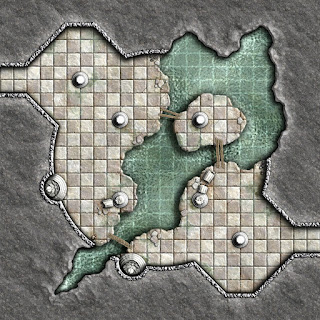 (Note that, over on the corresponding Patreon post, I also mentioned a few basic environmental hazard/encounter ideas that sprung to mind when drawing the map ...so let me know if you'd like to see more of that kind of thing in the future).

And for the next suggestion, Peter Webster asked if I could add a simple 'corner passage' to the set (rather than design a custom tile of his own) - thus making the set (as it stands at the moment) more usable for everyone. 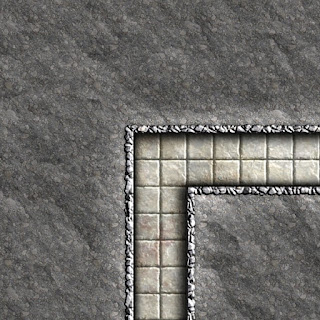 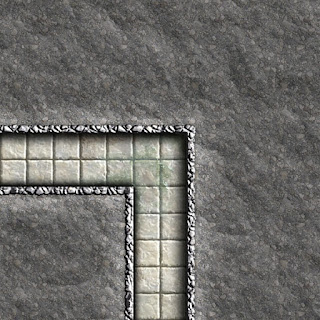 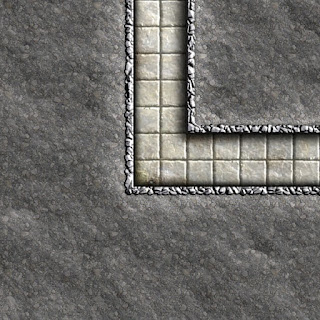 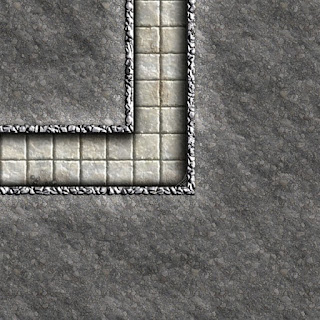 I've also been playing around with a simple tile overlay that can be used to represent secret passage entrances...

...so I've included a bunch of these in the 'extras folder' over on GOOGLE DRIVE - along with an EXAMPLE LAYOUT that shows all of the tiles that I've drawn thus far.

And that's it for this update. As always, my thanks go out to everyone for supporting the Patreon campaign - but even if you're not able/inclined to support the project financially, your thoughts, comments, and shares, are always welcome ...and help to keep me motivated.